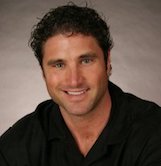 Dr. Clements grew up in Northeast Arkansas and graduated from Arkansas State University in 1992 with a B.S. in Psychology. He then pursued his Master’s Degree from Southwestern Baptist Theological Seminary in Fort Worth, Texas.

Dr. Clements joined the Meier Clinics in Richardson, Texas in 2004, as the director of Adolescent Psychiatry. While there, he developed “Breakaway,” an intensive outpatient program aimed at troubled youth. Dr. Clements co-hosted “Meier Clinics Live,” a nationally syndicated call-in radio show. He was also the Medical Editor of “Community Kids,” a magazine focusing on raising successful children in today’s society.

Dr. Clements was licensed in “nuclear brain imaging,” and worked for several years at the “Amen Clinics” in Newport Beach, California. He then relocated to the Dallas-Fort Worth area and continued the brain imaging at the Clements Clinic in Plano, Texas

Dr. Clements has authored/co-authored 5 books, including, “What I’ve Learned Since I Knew It All” and “Happy Pills.” He is happy to be back in Northeast Arkansas and practicing medicine here.

Get In Touch We'd love to hear from you